I very often see talks about work from home, but never with clear ideas about how and when it works – and, particularly: when it doesn’t and why. So, since we’ve used it since our inception, and tested it for all that it is, here’s a post about it.

If your business can use work from home, it beats on site work in everything: productivity, life/work balance, flexibility, scalability, etc…

I won’t get into the nuts and bolts of it, because that’s a natural consequence of being able to organize your company as a “working from home one” (e.g. You’re gonna have to rely heavily on virtual project management)

Saw that underlined being able? It’s because of what you’re about to read in next paragraph

…it’s time to press it (the big purple one): https://www.myinstants.com/instant/drama/

The problem with work from home is a showstopping one: people, as in “humans”, our species, are not meant to work like that. So, it’s extremely rare to find employees that can be productive within this way of working.

(but not that much – otherwise, it’ll get a series of books)

it’s because of human nature: humans are social animals with a powerful leaning towards vertical hierarchical structures – meaning that, outside exceptions*, the perfect work environment is one in which

When these conditions are satisfied, the vast majority of people become motivated – and, as you can imagine: remote work destroys both of them. Because even though you’re in a team, you’re physically alone and your leader is not there with you.

*outside exceptions truly means that. So, don’t even try to engage some “I’m the chosen one” cognitive bias: unless you don’t belong to the human species, that analysis is going to be appropriate 99.999% of the time.

**Have you seen this new funny trend of “employee branding”? That’s what it is about: they found out that people like to be in packs, and are actively leveraging on it to be more persuasive in their recruitment. By “advertising their pack”.

…or you thought you can ace building and managing a team with just street knowledge?

You have to see humans for what they are: social animals. We’ve evolved from primates, and inherited a surprisingly high amount of behaviour from them. Including the social ones: we are, more or less, high tech monkeys.

You might be confused by the widespread of technology and culture – but you have to remember that’s the product of an infinitesimal % of human population (e.g. How many of your friends can build a microchip? Or write an orchestral symphony? If they were all that’s left of humanity, what would industry and culture look like? Bearing in mind that, for humble your friends might be, if you’re reading this post it means you belong to a very lucky part of humanity – so, they’re a highly positively skewed demographic: as you read this, there’s people without running water). And, most importantly: a recent one! Just 2000 years ago, we used to dress in robes and 99% of Earth’s population worked as farmers. And, even though 2000 years it might sound like a lot, it’s absolutely nothing from an evolutionary biology standpoint – as in: how has our brain evolved! Because it’s from our brain that all of our behaviours come from. And our brain evolved to its current state around 50.000 years ago – an age in which human society looked an awful lot like what primates look now like. 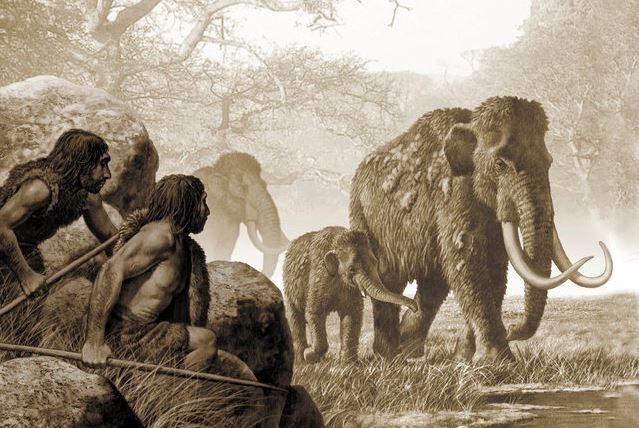 Us, not that long ago …biologically speaking, that is.

Who’s the right kind of employee, then?

The right employee for remote working is an extremely rational one – or, if you may: intelligent one. Because through reason he can

I have a fun experiment to explain this one with a metaphor:

Do you have a friend that does athletic exercises by himself at home, without making posts about it on Instagram or broadcasting it to everyone he has around? That’s the right spirit for remote working – because he knows how to be intrinsically passionate about something, without instrumentalizing it for social validation (“the pack” we were mentioning before).

Inversely: do you have a friend that “I go to the gym otherwise I wouldn’t do anything: I need a trainer and my buddies to motivate me”? That isn’t the right attitude for remote work: that’s looking for a pack to belong to, with outcomes being a byproduct.

Books to expand about this

These books are the “starter kit” to understand the mechanics I’ve just wrote about:

I know it’s a lot of material: building a business is not an easy nor straightforward task.

If you want to, see it as food for thought for when it comes to management: how many times have your managers struck you as someone in possession of this knowledge?

Have fun in the trenches!

Bonus track: stop being pretentious and call it for what it is – remote work!

“Smart work” is just a smug buzzword to try hype up something normal – as in: working in remote. Also because, as you’ve just read, and probably experienced too, most of the times this way of work is actually a stupid one. So, let’s just look at it for what it is: a different way of work. One is on site, one is remote. Some teams prefer one, some others another one. No need to “be the usual people”, and try be cooler than the others.

The difference between rational and social purchase
Scroll to top